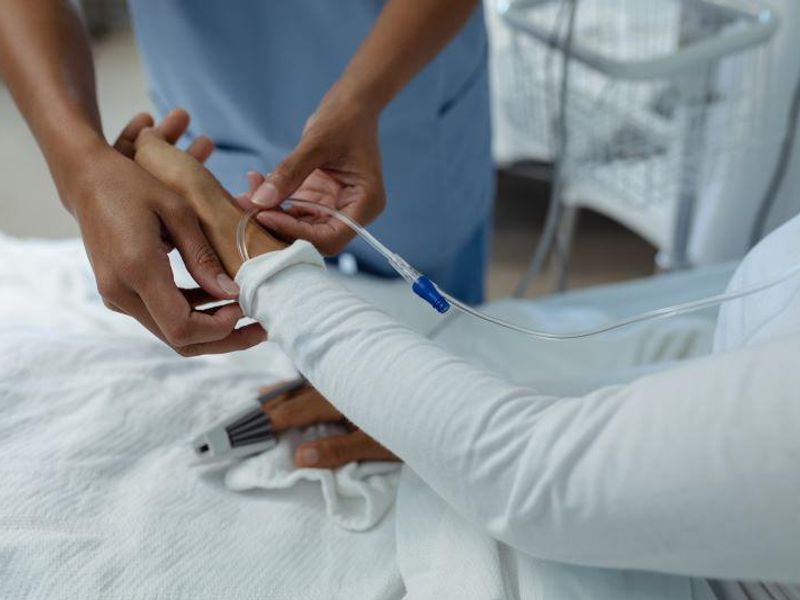 Growing numbers of Americans are suffering prolonged, life-threatening seizures known as status epilepticus, and Black people are nearly twice as likely to experience these seizures as white people.

These are the main findings from new research looking at hospitalizations for status epilepticus from 2010 to 2019 across the United States. Status epilepticus refers to a seizure that lasts for more than 5 minutes. Some people may experience convulsions during this state, while others may appear confused or seem like they're daydreaming. Status epilepticus is an emergency and requires treatment in the hospital.

The study wasn't designed to say why these severe seizures are on the rise, but researchers have their theories. “It may be related to several causes including changing definitions for status epilepticus over time," said study author Dr. Gabriela Tantillo. (At one time, only seizures lasting longer than 20 minutes were considered status epilepticus.)

Also, there's "greater recognition of seizure, including non-convulsive seizures, by the medical community and the general public,” said Tantillo, an assistant professor of neurology at Baylor College of Medicine in Houston.

For the study, the researchers reviewed nearly 490,000 hospitalizations for status epilepticus. These rates increased significantly over the study period, especially among minorities.

"I was surprised to see that disparities in the incidence of status epilepticus for minorities have unfortunately persisted and even widened from 2010-2019 despite a greater awareness of status epilepticus and seizures, and changes in insurance with increasing coverage over time," Tantillo said.

Older adults were up to six times more likely to die during hospitalization with status epilepticus and were more likely to require breathing tubes or feeding tubes, compared to younger folks with these seizures, the study found.

The researchers also noted that electroencephalogram (EEG) monitors, which record electrical activity in the brain, were more widely available for people with higher incomes or those treated at urban teaching hospitals.

There are things that will help make care for people with status epilepticus more equitable, Tantillo said. “We need to understand the underlying causes of status epilepticus as they differ by sociodemographic factors, which requires greater research and investment from government, community groups and philanthropy," she noted.

Status epilepticus can be a result of uncontrolled epilepsy, a brain bleed, a brain tumor, or a severe underlying illness such as meningitis, she explained.

“For cases of status epilepticus that are potentially preventable, such as in people with epilepsy, improving health literacy and reducing the stigma associated with seizures in the community would help get more patients the treatment they need,” Tantillo said.

Minorities in the studies were less likely to die from status epilepticus. This may be because people with status epilepticus due to low antiseizure medication levels fare better than their counterparts who have other causes for the condition, such as a brain bleed or lack of oxygen to the brain.

Expanding access to outpatient care can also help bridge some of these gaps, Tantillo said.

In addition, working to diversify the medical workforce in neurology may also improve patient-physician trust and communication, and reduce implicit biases and health inequity over time, Tantillo suggested.

"The findings are terrible but not surprising," said Dr. Daniel Lowenstein. He is a professor and vice chair of neurology at the University of California, San Francisco. “The big picture is that it reveals yet again disparities that exist within the health care system based on race and socioeconomic class.”

Such disparities are seen in the diagnosis and treatment of many diseases and conditions, he noted.

Treating status epilepticus involves intervening as early as possible with a benzodiazepine and/or other antiseizure medication, said Lowenstein, who was not involved with the new study. How well someone fares is based on the underlying cause since some causes are more treatable than others.

The findings were presented Friday at the American Epilepsy Society annual meeting, in Nashville. Findings presented at medical meetings should be considered preliminary until published in a peer-reviewed journal.

The Epilepsy Foundation has more on status epilepticus.