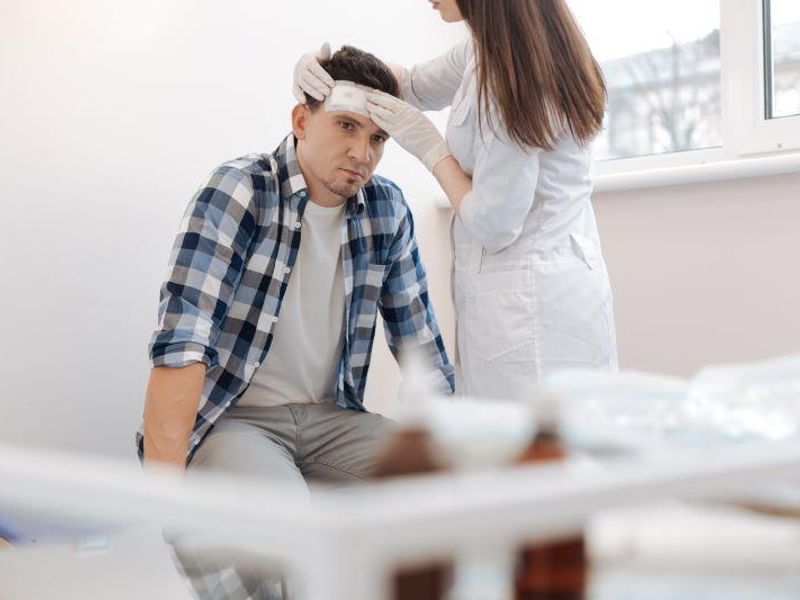 Head injuries have already been linked with many chronic health issues, but a new study that spanned three decades now shows it may double, or even triple, the risk of dying early.

“This is particularly the case for individuals with multiple or severe head injuries,” explained study lead author Dr. Holly Elser, a neurology resident at the University of Pennsylvania School of Medicine in Philadelphia. “This highlights the importance of safety measures, like wearing helmets and seatbelts, to prevent head injuries.”

Whether head injuries are caused by motor vehicle crashes, falls or sports, about 23 million American adults aged 40 and up have a history of head injury where they lost consciousness.

Previous research has linked these injuries to disability, late-onset epilepsy, dementia and stroke, the researchers said.

To study head injury’s long-term impact on death rates, the investigators used 30 years of data on 13,000 people who were not hospitalized or living in nursing homes.

The data was from the Atherosclerosis Risk in Communities study, which included individuals in suburbs of Minneapolis; Washington County, Md.; Forsyth County, N.C.; and Jackson, Miss.

About 18% of the study group had experienced one or more head injuries during the study period, and 12% of those injuries were moderate or severe. The median period of time between head injury and death was 4.7 years.

The most common causes of death were cancers, cardiovascular disease and a neurological disorder, such as dementia, epilepsy or stroke. Deaths from neurological disorders and unintentional injury or trauma, such as falls, were more frequent in those with head injury, the investigators found.


About two-thirds of those who died from neurological causes had neurodegenerative diseases like Alzheimer’s and Parkinson’s (at 14% compared to about 7% in those with no head injury).

“Study data doesn’t explain why the cause of death in individuals with head injuries is more likely to be from neurodegenerative diseases, which underscores the need for further research into the relationship between these disorders, head injury and death,” study co-author Dr. Andrea Schneider, an assistant professor of neurology at Penn, said in a university news release.

The findings were published Jan. 23 in JAMA Neurology.

The U.S. Centers for Disease Control and Prevention has more on traumatic brain injury.