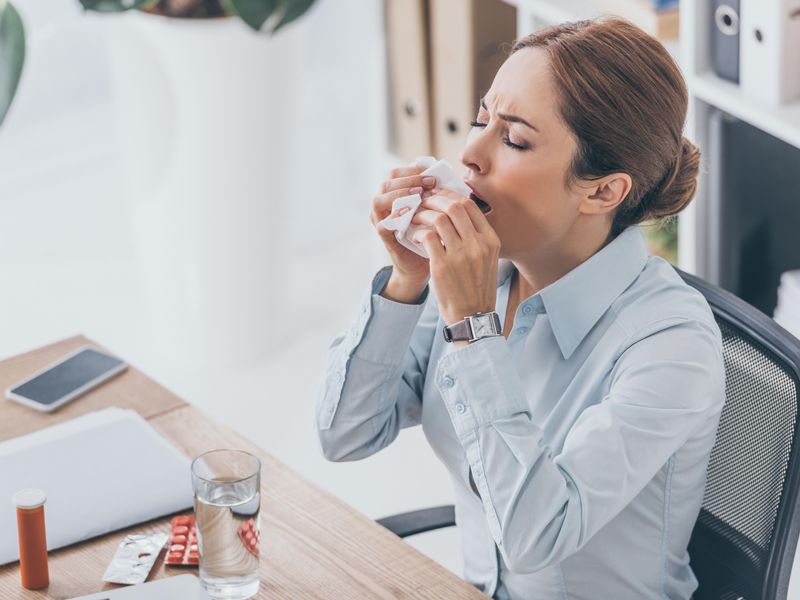 The Time Is Now to Curb Spring Allergies

Send yourself some love this Valentine's Day by setting a reminder to start taking your spring allergy medications.

It's important to begin allergy meds two weeks before symptoms are expected to appear when possible, according to the American College of Allergy, Asthma and Immunology (ACAAI).

"It's not the most romantic idea in the world, but it is an effective way to remember when to start taking your spring allergy medications," said allergist Dr. Kathleen May, president of the ACAAI.

"And although spring allergies aren't necessarily top of mind in February, climate change means that temperatures are rising, and allergy symptoms occur earlier in the year," May said in a college news release. "In southern regions of the United States, allergies often start at the end of January."

The ACAAI offered several other suggestions for those who suffer during spring allergy season.

Seasonal allergies can look different for different people, with symptoms that might include sneezing, sniffling, coughing and red, itchy eyes.

An allergist can identify what your triggers are, the ACAAI suggested. If over-the-counter medications don't help, ask about possible prescription treatments.

Patients with these symptoms should be tested for allergies to pets, dust mites, trees, grasses, weeds and mold.

Medications known as intranasal corticosteroids are the most effective treatment for these persistent allergy symptoms. These include fluticasone, mometasone, budesonide and triamcinolone. They may even help control the symptoms that accompany eye allergies.

Other medications may have side effects. Pseudoephedrine, for example, clears up nasal congestion but can bring on insomnia, loss of appetite, irritability and heart palpitations. It should not be taken by someone who is pregnant. Some states allow it to be dispensed only by prescription.

The ACAAI suggests not using antihistamines such as diphenhydramine, better known as Benadryl, and chlorpheniramine, sold as ChlorTrimeton. They can cause drowsiness as well as dry mouth, dry eyes and constipation.

Look instead for medications that don't cause sedation, the ACAAI advised. These include cetirizine, levocetirizine, fexofenadine, loratadine or desloratadine.

One of the best methods for targeting allergens is immunotherapy, the group said. These shots or tablets are formulated for your specific allergy triggers and can greatly reduce the severity of symptoms. They can also prevent development of asthma in some children with seasonal allergies, the ACAAI said.

The U.S. National Center for Complementary and Integrative Health has more on seasonal allergies.