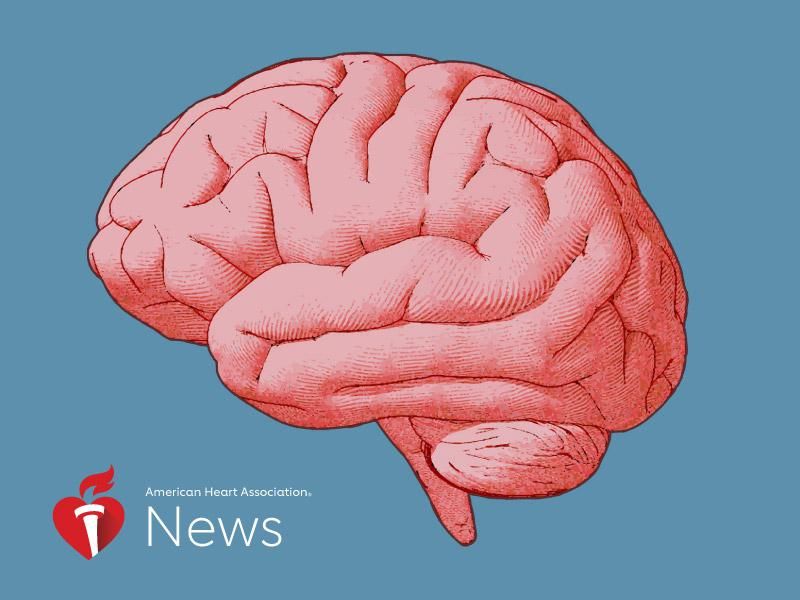 There are many reasons to avoid getting diabetes, or to keep it controlled if you already have it: Higher risks for heart disease, stroke and for having a foot or leg amputation. But here's another one: It's a major risk factor for dementia.

While researchers are still investigating what causes that increased risk, one thing they do know is it's linked to highs -- and lows -- in the body's blood sugar levels.

"Whether it's Type 1 or Type 2 diabetes, glycemic control is very important" for maintaining good brain health, said Rachel Whitmer, chief of the division of epidemiology at University of California, Davis and associate director of the school's Alzheimer's Disease Research Center. "This is another motivation to have good control."

Good management of blood glucose levels is one of seven lifestyle changes people can make to support better heart and brain health, called Life's Simple 7 by the American Heart Association. It's a step that could potentially help more than 34.2 million people in the U.S. living with diabetes.

According to the Centers for Disease Control and Prevention, the vast majority of people with diabetes have Type 2, which becomes more prevalent as people get older, as does dementia. It happens when the body can't properly use the insulin it makes to control blood sugar levels. It develops over many years and is often associated with being overweight or obese. Type 1 diabetes is an autoimmune disease in which the body stops making insulin.

Most of the research on the diabetes-dementia link involves Type 2 diabetes, which studies show roughly doubles the dementia risk and may cause it to develop a few years earlier. For people with Type 1 diabetes, treatment advances have led to longer lifespans, allowing researchers to begin delving into how the disease affects their cognitive abilities as they age.

"They are now living to ages to be at risk for diseases that happen later in life,"

said Whitmer, who is also an adjunct investigator at the Division of Research for Kaiser Permanente Northern California.

Shannon Macauley, an assistant professor of gerontology and geriatric medicine at Wake Forest School of Medicine, studies the relationship between Type 2 diabetes and Alzheimer's disease in her lab in Winston-Salem, North Carolina.

"Glucose is unbelievably important for the brain," Macauley said. Though it makes up just 2% of the body's weight, the brain uses 20%-30% of circulating blood glucose. "People don't appreciate how much the brain sucks glucose out of the blood; it's a big user of your glucose supply."

Unlike other organs, the brain can't store excess glucose, she said. That makes it vulnerable to highs and lows. "It needs it on demand in a rapid fashion but that puts the brain at excess risk when glucose levels hit one extreme or another."

Macauley's research in mice suggests too much glucose may be causing rapid production of beta-amyloid, proteins that clump together to form amyloid plaques in the brain. Beta-amyloid has been implicated in the development of Alzheimer's disease.

When the brain suddenly produces excess beta-amyloid, it's "like throwing a Jersey barrier out onto I-95," Macauley said. "All the cars have to figure out how to get around it. The cells can't get to where they need to go, they can't communicate properly with other cells and lose their efficiency."

Conversely, too little glucose in the brain robs it of the energy it needs to perform tasks, she said. "You need energy on hand for every task -- to talk, think, button your shirt. Energy also goes to keeping the cells and brain alive. If you go low, you are starving the brain, and it can't do what it needs to do."

Whether a person has Type 1 or Type 2 diabetes, there are many steps they can take to keep blood sugar levels on an even keel.

First, it's important to know your numbers. Even blood sugar levels slightly higher than normal -- a condition known as prediabetes -- can start to do damage, Macauley said. To be in the healthy range, levels should be lower than 100 mg/dl, with measurements from 100-125 mg/dl considered prediabetes.

"If you are in that realm, there are clues you are becoming unhealthy," Macauley said. A person may be overweight, eating an unhealthy diet, smoking or not getting enough sleep or physical exercise. "Exercise causes you to use that extra glucose."

If diet and exercise don't help enough, medication may be needed, she said.

People with Type 1 diabetes need to check blood sugar levels throughout the day because what they eat and how much physical activity they get can cause levels to rise or fall. Health experts recommend they keep supplies such as hard candy, fruit juice or glucose tablets with them to boost levels should they get too low.

As people with Type 1 live longer, Whitmer said, researchers need to focus on other ways to ensure their years are healthy ones. "We really need to step back and think about how we can increase this patient population's chances of successful aging."