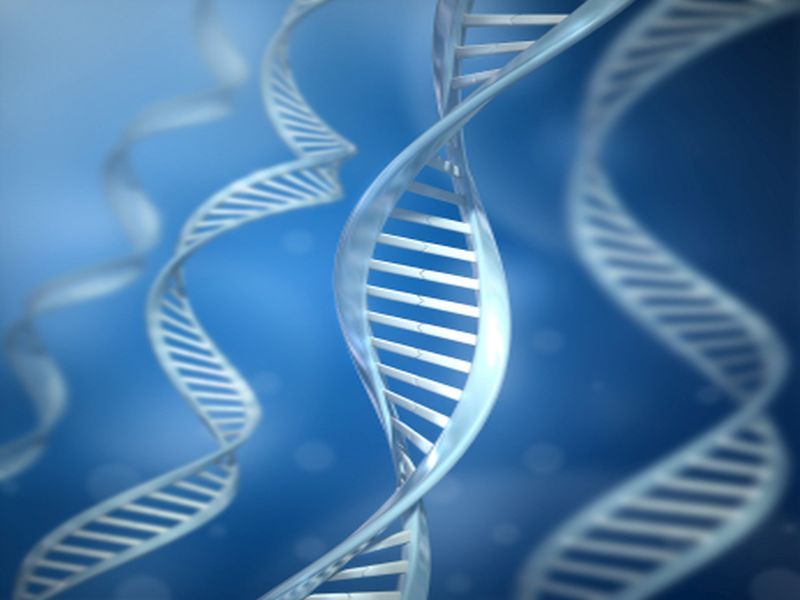 Gene variants associated with a rare autoimmune disorder called Addison's disease have been pinpointed, according to researchers.

"By studying the single largest collection of samples from patients with Addison's disease, we've been able to carry out the first genetic study of the disease that spans the entire human genome," said study co-leader Daniel Eriksson, a researcher in the experimental endocrinology group at the Karolinska Institute in Sweden. Researchers from Bergen University in Norway also worked on the project.

"It shows that variants of nine genes, many of which are central to our immune system, induce a higher risk of developing the disease," Eriksson explained in a Karolinska news release.

"Many autoimmune diseases have several features in common when it comes to genetic predispositions that govern the function of the immune system, but in this study we also identified distinctive genetic associations that are unique to Addison's disease," Eriksson said.

His team said the findings could improve understanding of what causes the disease, in which the immune system attacks the adrenal glands. This lowers the secretion of crucial hormones such as cortisol and aldosterone.

Disrupted production of these hormones can be fatal, so a quick diagnosis of the condition is essential.

The causes of the disease aren't known, and large genetic studies have been difficult to conduct because Addison's is so rare. For example, only about 1 in 100,000 people in Sweden develop it each year.

In this new paper -- which the researchers say is the largest genetic study to date -- the researchers analyzed DNA from more than 1,200 Addison's patients in Sweden and Norway, and more than 4,000 people without the disease.

After analyzing nearly 7 million gene variants, the team identified variants of nine genes that were much more common in people with Addison's disease.

Several of those variants have previously been linked with autoimmune diseases, but variants in one -- the AIRE gene -- could be specifically linked to Addison's, according to Eriksson and his colleagues.

Important immune system blood cells called T-cells rely on the AIRE gene to help them recognize proteins produced within the body, they explained.

The study was published online Feb. 11 in the journal Nature Communications.

The U.S. Genetic and Rare Diseases Information Center has more on Addison's disease.